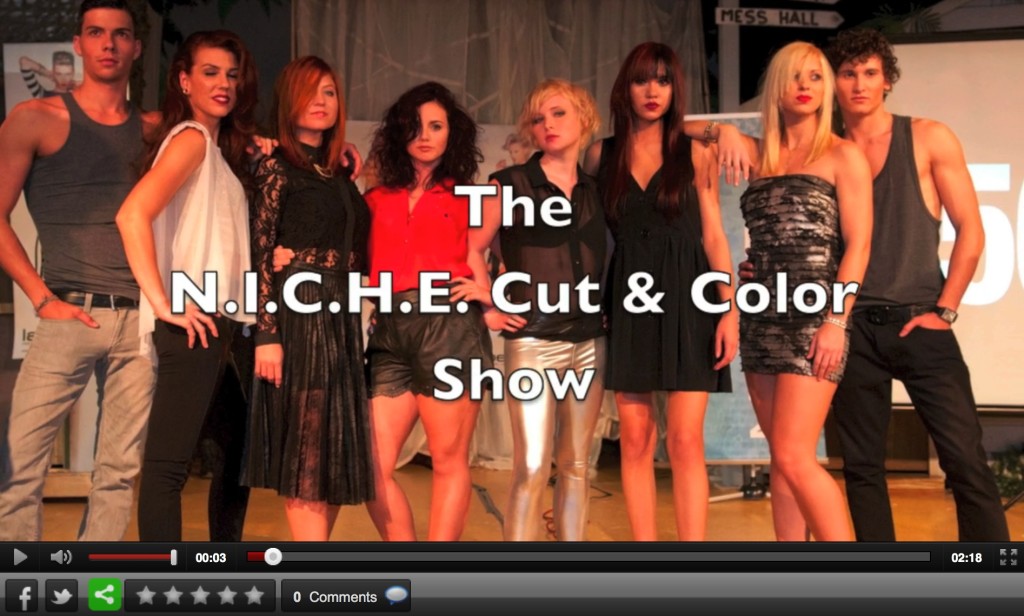 We are starting to ramp up the excitement to our upcoming Taming of the ‘Do 4 Hair Show which will be held again at the Florida Hotel in Orlando, Florida.

The event is set for September 13th for the full-day show and we are planning on having a night before presentation as well as our first ever hands-on classes on Monday, September 14th!

Label m’s Anthony Edge has been a favorite performer in previous shows as well as Paul Smith from Kaaral.  This is a short video of the two performing together for the first time ever! You don’t normally see artists from two different manufacturers working together on stage, but we made this happen a couple of years ago and they were a hit!

What It Takes To Put On A Hair Show

It was a major feat putting that hair show together!  Most of you probably have no idea what it takes to put on a small show like this, let alone a major show like The Taming of the Do! I came up with the idea to do this months prior to the actual show.  It all started with meeting someone new at the water fountain at my gym.

As often is the case when you first meet someone, the question of what you do for a living gets asked.  After I told her what I did, Terri said she worked at The Alhambra Dinner Theater.  I got to thinking, wow…wouldn’t it be cool if I could put on a hair show at a great venue like this!

So I asked her if she could find out if the owner would consider allowing us to do a hair show there.  Craig was all for it, but it would have to be done on a day when they were not doing their own shows, which isn’t very often!  That was a big problem.

We had very limited dates to work with.  So I got with our co-owner, Pete Jacob and asked him what he thought.  He thought it would be a great idea if we could pull it off.  Since we have been part of The Salon Center, we have never had a show of this magnitude.

Which brought up another problem.  Who would we have at this show that could make it fun and enjoyable, all the while learning some new hair coloring and cutting techniques?  Who could we get that would attract enough people to attend?

Together On Stage For The First Time!

Anthony at his best!

Anthony Edge quickly came to mind as our first thought.  He has always been very entertaining and a fan favorite.  But he only cuts hair.  We wanted to feature color too.  At the time, Label m did not have anyone that was available to do color.

Paul Smith and his English humor!

Paul Smith with Kaaral was the first person that came to mind for our color guy, since he has put on a few great shows for us in the past.  The problem was, we liked them both, but they work for two different companies.

Most hair product manufacturers don’t like working together.  I’ve never seen it happen before, unless they were both owned by the same parent company.  After some discussion, we got them both to agree to do the show.  One problem though.  Label m did not want Anthony to be on together with Paul!

Well, this is going to be interesting I thought.  Ok, so next we got them both on a conference call with me and Pete to discuss what they would do on stage.  Once we got that ironed out, they were both going to submit to us the outline of their individual programs to us by a certain date.  Never happened on time…nor did the show go as they planned it! LOL

So after that was done, we finally decided on a Monday evening event and agreed upon a ticket price.  The burden was all on me since we had over 300 tickets to sell! We had a huge number to reach in order to cover our costs.  We included a 5 course meal as part of the deal, which drove our costs even higher.  I did have a lot of help from our other sales reps though.  Thank God for their help!

The other challenge was I had to sell the tickets and organize who sat where, since food was being served and people wanted to be with their groups.  So as tickets were sold, I had to keep track as each table was sold.

I also created a web page on our website with all of the information on the show with a seating chart.  I updated the chart on a regular basis showing which tables were taken.  We sold the best seating on a first-come, first-served basis.  Tickets were selling like crazy!

Selling the tickets itself was a lot of work!  While tickets to the event were being sold, we had to advertise for models and do a model call the day prior to the show.  Omni Hair Salon volunteered to be the host salon where we prepped the models.  This day was an event all by itself!

I recorded most  of the model call and you will see a portion of it in the video above.  It was an education seeing the two artists work together!

Anthony & Paul consulting with model…going to be a fiery redhead!

Me in the burgundy shirt filming. Mark Flint working his magic.

You have to realize, each of these companies have a different, unique look that represents their brands.  Label m has that edgier and fashion-forward look, while Kaaral has a much more classy, elegant look to their branding. So, as you can imagine, when you have to share models, what do you do?  You will see how it all came together in the video!

Most of you don’t know this, but the show almost ended up to be a total disaster!  Here’s what happened.

On the day of the show, I had to get the sound and video equipment set up in a new venue we were not used to.   The Alhambra Dinner Theater was used to doing great shows with great sound and lighting, but they were not set up to do what we wanted to do.

We had to work with their existing staging from their show going on at that time,

which I think was “South Pacific.”  My original thinking was this should be a perfect place to have a hair show because it was already set up with lighting, sound, and great seating.

Ok, so while I was setting up the equipment, Pete and the rest of the crew had to get the products and displays set up.

Paul and Anthony were back stage most of the afternoon getting their models prepped and ready to go.  The models were selected the day prior, and most of the color and some of the cutting were done prior to the show, except for the models that were being done on stage.

Product Booth at the Alhambra

About two hours before the guests would be arriving, I was having trouble with the wiring and video equipment.  I had to display video on two different screens and it just was not working correctly.  Meanwhile, Anthony and Paul had to do rehearsals.

So they started to rehearse while I furiously tried to figure out the problem with the equipment.  Rehearsals were not going well because now there was a problem with the sound and lights, and they could not do proper rehearsals without my stuff working!

At nearly 1/2 prior to the advertised start of the show, Anthony was getting really frustrated and said we can’t start the show until we finish rehearsals!  I have seen him walk in at the last minute at other shows thinking it was going to bomb, and then he knocks it out of the park.

This is the look I got when things didn’t go well!

I did not get that confident look on his face at that moment.  I think he really thought I was not going to get my end working.  Well, couldn’t blame him, since I  still had not figured out my technical problems and people were packing in the lobby waiting to be let in!

Luckily, it seemed we all clicked under pressure at the very last minute!  I fixed my technical problems, the sound and lighting came together, and the last bit of rehearsals went smoothly. Only one little technical hiccup happened during the show. Its unusual for one person to handle all of the video and audio, but I had to do it all.  Unfortunately, when you are trying to do everything yourself, sometimes shit happens.  Shit  happened midway through the show.

Me with our guests. We really packed them in!

The computer software that played the video reels froze when it was time to play a video on screen, but I kept my cool and quickly got it fixed.   The rest of the show went smoothly.

As you can imagine, it was a relief when the show was finally over!  It was a relief and a feeling of accomplishment all at once.  I still get people asking me when am I going to put on another event like this.  All I can say is…I’m glad you enjoyed the event at the Alhambra!  It will probably go down as one of the best and most unique shows ever put on in Jacksonville.

Anthony Edge and Paul Smith on stage together!

If you want to experience quality education like this, I highly recommend you buy a ticket to the next Taming of the Do Hair Show!  The next show will feature some new talent, one being Kell Grace.  She is known as the young and beautiful version of Martin Parsons! Ha Ha.  She specializes in teaching you how to do up do’s in under 15 minutes!

Stay tuned for more about her in a future post.  If you want to stay updated on the latest regarding the Taming of the Do, you can have the next installment sent right to your inbox by SUBSCRIBING!  Thanks for reading and watching my videos.  Please comment below and let me know what you are interested in seeing at the show.

About the Author rrose80

Show Schedule for the Taming of the Do 2015 Hair Show

Christopher Dove John Simpson at Taming of the ‘Do 2015

Previous Post Rusk Cutting and Color with Gerard Caruso and Jim Roberts at Taming of the ‘Do 3 Preview Next Post No Inhibition Age Renew Anti aging Treatment for Hair Review: Botox for Hair

Discover What Celebrity Colorist Guy Tang Uses To Highlight and Lowlight All In One Step!

How To Products Training